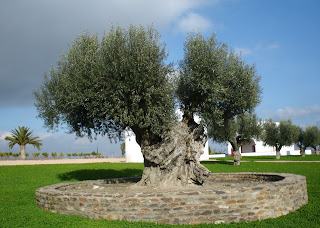 The theme of Romans leading up to chapter 9 is that Paul had written a letter with the Jews in mind, evidenced by the many Jewish themes throughout, including pointed questions aimed directly at the Jew. From the start, Paul identifies with the Jew by pointing out the depraved state of the Gentiles, and their condemnation under the Law. But then Paul challenges the Jew with a charge of hypocrisy, when they do some of the very same things as the Gentiles. Paul then points out the hopelessness of achieving righteousness through the Law, while simultaneously pointing out that not all was lost, since there were well known historical Jews such as Abraham, Moses and David who did, in fact, achieve a state of righteousness with God, and this is where Paul points out that it was not through the Law at all, but by faith. This becomes the perfect segue into Christ being the ultimate end of faith. Paul extols the riches of Christ and all that God has eternally stored up for those who believe in Him. That’s when we reach Romans 9. The standing question is that if Christ is the Messiah of the Jews, then why don’t the Jews believe in Him? There’s actually a long history there. God reached out to the Jews with many offers of grace, until God finally had enough, which resulted in their hardening, as recorded at Isaiah 6:9-10, in which God states that He will harden Israel so that they could not receive His Son, or at least, they would not receive His Son without first reconciliation with God. God was not going to have people reject Him, while instead embracing a conquering Messiah to deliver Israel from the Romans. So God sent Christ in the same image of the prophets whom the Jews persecuted before Him. Now Paul’s objective at this stage of Romans 9 was to develop the backdrop for the illustration of the Olive Tree described at Romans 11, in terms of the natural and wild branches, in which the natural branches were being cut off, for a time, so that the wild branches could be grafted in. What Paul was doing in Romans 9 was expressing his sincere passion for the Jew, which was also God’s passion, while highlighting the fact that God was now, as a result of Jewish unbelief, turning to the Gentiles in order to graft them in. Jesus warned the Jews with illustrations that this was going to happen. So Paul sets up God’s sovereign right to first choose the Jewish nation (by using examples like with Isaac, the one chosen to receive the inheritance, including his son Jacob), as the basis to suggest that God also has the right to choose the Gentiles, which validates Paul’s ministry of the Gospel to the Gentiles. In other words, if God has the sovereign right to choose the Jews, then it stands to reason that He has the same right to graft in the Gentiles. Additionally, He has the same right to harden the Jews, which is what He warned at Jeremiah 18:1-13 and what He did at Isaiah 6:9-10, and ultimately quoted as its fulfillment at John 12:36-43. When Paul asks the question of what right does the pot have in responding back to the Potter, this is a question aimed at the unbelieving Jews (or at least, unbelieving in the Messiah, Christ), in anticipation of their protest against God's hardening, in terms of the Jews, the natural branches, having been removed from the Olive Tree. But even despite the hardening, Paul points out that it is a "partial hardening" until the times of the Gentiles are fulfilled. So this is what I see going on in the book of Romans, and it has nothing to do with either Calvinism or Arminianism.
Posted by Richard Coords at 2:16 AM

You did an admirable job of reading every lick of that into the context without actually dealing with Romans 9, especially in regards to Romans 8 and Paul's point in Romans 9:6 "not all israel is of Israel."

But Romans 9:6 is key to my point, and v.7 as well: "...nor are they all children because they are Abraham's descendants." That's the thrust of the whole argument. Recap from Romans 9:1-3, since that passion is the impetus for Romans in evangelizing the Jews, but if you know the Jews, then you know their hang-ups, with regard to resisting Christ. Paul methodically tackles those hang-ups, by showing that the Law was not evidence *of* salvation, but evidence for a *need* of salvation. The attitude of the Jews is: "Why do I need Jesus? I'm a Jew. We have the Law, and we are the children of Abraham." But Paul deals with that by showing that no one was ever saved by the Law, and no one can be, and shows that those who are saved, are saved in the same faith of the ancestor, Abraham, whom they claim as "father." By dealing with the fact that "not all Israel is of Israel" is a powerful message to the Jews which means that they cannot simply rest of being a physical Jew, because, again, not all Israel is of Israel. Something more is needed. So Paul is effectively breaking down a stronghold of resistance, and we know that this is an issue, because John the Baptist dealt with it: "Do not suppose that you can say to yourselves, 'We have Abraham for our father'; for I say to you that from these stones God is able to raise up children to Abraham." (Matthew 3:9) Of course Jesus dealt it this from John chapters 5-12, in which they claimed God as their father, and Moses as their teacher.

Paul cites Ishmael and Esau is key because both are sons of Abraham, and yet the covenant did not pass through either. Paul adds that God's mercy is not triggered by our merits in keeping the Law but by God's grace, and then Paul leads in with the forewarned, foretold, dreaded Jewish hardening. Paul quotes the "Potter" in which specifically stated at Jeremiah 18:-13: "'Can I not, O house of Israel, deal with you as this potter does?' declares the LORD. 'Behold, like the clay in the potter's hand, so are you in My hand, O house of Israel.'" (vv.5-6) That's huge bit of context that Paul is drawing from. Every Calvinist needs to read that passage again and again, until they see it being played out in the hardening of Romans 9, and the hardening is seen in the image of the "stumbling stone" which Paul quotes at Romans 9:30-33, and explicitly connected to the Jews at Romans 11:25: "a partial hardening has happened to Israel." Paul cites the hardening of unrepentant Israel, forewarned at Jeremiah 18:1-13, executed at Isaiah 6:9-10 and fulfilled at John 12. The hardening is a matter God playing into the hand of the Jewish value system. They despised the values of God. They wanted a conquering Messiah, and any Messiah who would not take on the Romans was not a Messiah worth having, and thus having despised the values of God, they despised those same values when displayed through Christ, and hence they stumbled over the stumbling stone, and any Jew who should complain ought to remember that God warned this in advance. (Compare with Jeremiah 18:12-13 in which the Jews threw "Total Depravity" in God's face.)