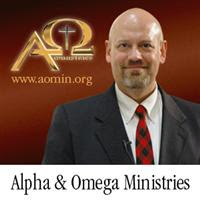 Calvinist, James White, writes: “How God can know future events, for example, and yet not determine them, is an important point….” (Debating Calvinism, p.163)

Based upon this example, in which White is simply being consistent with other Deterministic Calvinists, he concludes that God is incapable of knowing an undetermined future, and therefore, for God to be omniscient and all-knowing, no future could be left undetermined, or better yet, unscripted. So in other words, God must predetermine everything in order to possess omniscience over anything, and thus one single undetermined, independent thought by an independent agent, would thereby nullify the omniscience of God, and hence if free will did somehow exist, as the Determinist's logic goes, God would lack the capacity to know it, and since we know that God does not lack omniscience, free will must not exist. The problem, of course, is that the entire conclusion rests upon the blind presumption and circular reasoning that God lacks the capacity to know an unscripted event, which is odd, because God is eternal and unbounded by time, however, exposing the faulty Calvinist understanding of God's eternal nature is not the issue that I have in mind here. I'd like to instead focus on the Deterministic concept which proposes that there can be no such thing as independent thought, because, in the absence of independent thought, key Calvinist defenses are forfeited!, such as Compatibilism and Free Moral Agency. Otherwise, (1) if there is no such thing as independent thought, then what is God acting in compatibility with? (2) If there is no such thing as independent thought, what is "free" in Free Moral Agency? Wouldn't they just be "an agent"? The result is that you'd have just one will in the universe, and one will only, and that being the will of the Determiner, Scripter and Author of all wills, and no one else would possess a will, if they had no independent thoughts of their own.

Calvinist, James White, writes: “Let us lay aside this canard once for all (and with it a large portion of the arguments presented thus far): Man has a will.” (Debating Calvinism, p.347)

So James White, in a debate with Dave Hunt, insisted that man does have a will, but (3) what kind of will exists without independent thought?

Calvinist, James White, writes: “Unregenerate man's will is, according to the Lord Jesus Himself, enslaved to sin (John 8:34), but it is still a will. It acts upon the desires presented to it by the fallen and corrupt nature of all those who are in Adam.” (Debating Calvinism, p.347)

There would only be a logical basis for God to Compatibilistically "cause" or "determine" certain events, such as Calvary, if God acts upon independent thoughts from His own. Otherwise, (4) if there is no such thing as independent thought, wouldn't all of our sin and resistance to God, merely be God giving Himself a hard time through us? Moreover, concerning the Devil, (5) if the Devil possessed no capacity for independent thought, then every unimaginably evil thought of the Devil's, in his entire existence, would actually be the thoughts of Who? Even worse, if such a thing is possible, and maybe this is, (6) if there is no such thing as independent thought, then it was the Father who spat in His own Son's face: "Then they spat in His face and beat Him with their fists; and others slapped Him, and said, 'Prophesy to us, You Christ; who is the one who hit You?'" (Matthew 26:67-68)

Posted by Richard Coords at 8:15 AM 5 comments: