Why Is Calvin Controversial? 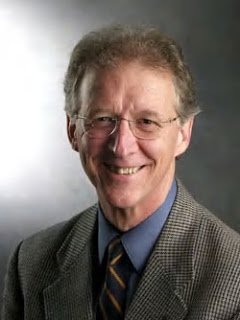 Doug Wilson, Mark Talbot, and Sam Storms are 3 speakers at the upcoming, Desiring God Conference, and each answer the question, "Why was Calvin controversial?"

Here is the link to the videos.

I'll admit. I was stunned by these three interviews. I think that the problem is that they were each presented with a complex question, and simply shot from the hip, and the result was quite astounding.

Doug Wilson: “Calvin is associated with so much controversy because he was a good man and a faithful servant.”

If you asked the current Watchtower, Mormon or Seven Day Adventist leadership, about why their cult leaders were controversial, would you expect them to answer differently?

Doug Wilson: “Calvin is an object of controversy for the same reason that…the apostle Paul was, for the same reason that the prophets in the Old Testament were. He was a faithful servant in a fallen world, and there is no way that you can open fire on the devil in such a way that he will not fire back. If you become a threat to the devil, he will try to take you out, and that is why Calvin is controversial.”

So where does this leave the Arminian? “Fallen” servants of the devil, doing the bidding of their master, the devil, who is “firing back”? Where is this line of reasoning going? Also, would a cultist answer that question any differently? Certainly the Watchtower would say that Charles Taze Russell was controversial because he was a good man, faithfully preaching the truth to a fallen world, receiving opposition from the devil. I don’t understand how Wilson’s explanation is in the slightest way distinguishable from cultism in general.

Mark Talbot: “I think Calvin is associated with a lot of controversy, primarily because any time you clearly speak the Christian truth, you are going to be controversial. The fact is that there are only two kinds of people in the world…those who are unregenerate and those who are regenerate. If you speak the Christian message clearly, then you are necessarily going to arouse opposition among those people whose hearts have not yet been regenerated by God.”

So John Calvin is controversial because you’re an unsaved, unregenerate child of the devil who is lashing back? (Notice at the 0:50 mark where Talbot flashes a smile.)

Mark Talbot: Concerning Servetus, “Calvin lived in a different time, and we now are culturally, in quite a different spot.”

Product of his time? That should absolutely never be how we measure Christian conduct.

“Quite moderate”? John Calvin was known as the “Genevese Dictator.” He had all sorts of enforced moral crimes in his attempt to establish a Utopian Society. Vance’s book outlines these in detail (shown below). Calvin was intolerant of dissenting views and was surprisingly abusive in his writings, especially, Concerning the Eternal Predestination of God. Attempts to soften his image, seem to be little more than revisionism.

Sam Storms: “The question is why Calvin is associated with so much controversy, and he is, and I think that it’s due to several factors. Certainly his theology. People instinctively and naturally do not embrace such a high emphasis on the sovereignty of God.”

Finally, yes, theology is indeed at the heart of Calvin’s controversy. However, it should be pointed out that while the “high emphasis” on the “sovereignty of God” is the primary selling point of Calvinism, the reality of the controversy of Calvin’s theology, is that it naturally makes God the “author of sin,” which is something that the Neo-Platonic philosopher, Florinus (180), asserted in favor of, and which the Gnostic Manichaeans also asserted, but which Irenaeus (130-200), an early church father, rejected, by citing Matthew 23:37.

Sam Storms: “You mention ‘Geneva’ in the 16th century to people today, and they think ‘Theocracy’ and this heavy-handed, legalistic, oppression of the people, and that was not the case. … And I think that people have this idea that Calvin wanted to impose some kind of theocratic rule on the people of God, and he didn’t.”

Is this Conference going to be dedicated to revisionist propaganda?

Sam Storms: “One reason why he is associated with controversy is because of us [meaning other Calvinists]. … We need to try to be winsome and loving in our presentation of what we perceive to be the truth.”

Is one way to go about it, by asserting that Calvin is right and the devil is mad, and naturally “unregenerate” people have become aroused? ...because that seems to be the Calvinist message in the videos.

Why is John Calvin controversial?

It’s due to his theology and his personal conduct as the leader of Geneva.

In terms of personal conduct, the historcal background is that John Calvin was initially banished from his role in Geneva in 1538 and then recalled in 1541. Here are some quotes....

Laurence Vance: “Boettner, although trying to defend Calvin, nevertheless explains the reason why: ‘Due to an attempt of Calvin and Farel to enforce a too severe system of discipline in Geneva, it became necessary for them to leave the city temporarily.’” (The Other Side of Calvinism, p.81)

Laurence Vance: “The rejection of popery by the city of Geneva did not necessarily mean that all of its citizens were now model Christians. Many simply went along with the Reformation for political reasons. The evils of a united Church and State—Catholic or Protestant—were not yet recognized. Consequently, ‘a set of severe regulations’ were introduced, even before Calvin arrived in the city. There were laws governing dress, music, games, church attendance, dancing, blasphemy, and oaths. Education became free but compulsory. One citizen who refused to attend sermons was imprisoned, forced to go hear sermons, and finally banished from the city. Naturally, there were many residents of Geneva who rebelled against the strict system of discipline. A hair-dresser was imprisoned for two days for arranging a bride’s hair in an unseemly manner. Two Anabaptists were banished from the city on account of their theological views. Penalties were assessed for making noise or laughing during church. A gambler was publicly punished. Many of the leaders of the opposition to Calvin were among those who at first supported the reform efforts. Thus, Calvin’s ‘reign’ in Geneva was doomed to failure.” (The Other Side of Calvinism, pp.83-84)

Laurence Vance: “We are told by Calvinists that ‘Calvin envisioned a model Christian community based upon the Bible and patterned after the early church.’ This has been variously termed a theocracy, a biblocracy, a clerocracy, and a christocracy.” (The Other Side of Calvinism, p.84)

Laurence Vance: “The rules and regulations introduced in Geneva during Calvin’s ministry left no area of life untouched. This is why Calvin has frequently been labeled ‘the Genevese dictator’ who ‘would tolerate in Geneva the opinions of only one person, his own.’ Besides the usual laws against dancing, profanity, gambling, and immodesty, the number of dishes eaten at a meal was regulated. Attendance at public worship was made mandatory and watchmen were directed to see that people went to church. Press censorship was instituted and books judged to be heretical or immoral were banned. Interest on loans was capped at 5 percent. The naming of children was regulated. Naming a child after a Catholic saint was a penal offense. During an outbreak if the plague in 1545, over twenty persons were burnt alive for witchcraft, and Calvin himself was involved in the prosecutions. From 1542 to 1546, fifty-eight people were executed and seventy-six exiled from Geneva. Torture was freely used to extract confessions. The Calvinist John McNeil admits that ‘in Calvin’s later years, and under his influence, the laws of Geneva became more detailed and more stringent.’ Calvin was involved in every conceivable aspect of city life: safety regulations to protect children, laws against recruiting mercenaries, new inventions, the introduction of cloth manufacturing, and even dentistry. He was consulted not only on all important state affairs, but only the supervision of the markets and assistance for the poor. Calvin was especially severe with incorrigible adulterers—he favored the death penalty. Those guilty of fornication or adultery were fined and imprisoned. Nevertheless, these laws did not stamp out adultery, for Calvin’s own sister-in-law and stepdaughter were found guilty. Calvin’s theory of a theocracy is professed to be based on the Holy Scriptures, but as Schaff astutely observes: ‘It is impossible to deny that this kind of legislation savors more of the austerity of old heathen Rome and the Levitical code than of the gospel of Christ, and that the actual exercise of discipline was often petty, pedantic, and unnecessarily severe.’” (The Other Side of Calvinism, pp.84-85)

Laurence Vance: “There was also some opposition in Geneva to Calvin’s doctrine of predestination. In 1551 a medical doctor named Jerome Bolsec (c. 1520-1584) questioned Calvin’s doctrine of predestination. After merely being reprimanded in May, Bolsec was arrested in October for affirming that ‘those who posit an eternal decree in God by which he has ordained some to life and the rest to death make of Him a tyrant, and in fact an idol, as the pagans made of Jupiter.’ For this he was banished from the city in December and threatened with the whip if he returned. The next year, Jean Trolliet, a city notary whom Calvin had previously rejected as a minister, attached Calvin’s view of predestination for making God the author of sin. Calvin appealed to the city council and they ruled in his favor, declaring that ‘Calvin’s book of the Institutes was a good and godly composition, that its doctrine was godly doctrine, that he was esteemed as a good and true minister of this city, and that thenceforward no one should dare to speak against this book and its doctrine.’” (The Other Side of Calvinism, p.86)

Laurence Vance: Ironically, Geneva became a haven for those who fled their native land due to religious persecution. … Geneva was also a home to exiles from England during the reign of Bloody Mary (1553-1558).” (The Other Side of Calvinism, p.87)

This information should at least provide some background information on why both Calvin’s personal conduct and theological teachings contributed to him being controversial.