On November 6 and 7, 2008, former Pastor of First Baptist Downtown Jacksonville, Jerry Vines, is going to participate in a conference which will respond to 5-Point Calvinism.
http://www.jerryvines.com/Page.bok?template=conference
"Did Jesus die on the cross for every person? Are believers eternally secure? Can grace be resisted? These and many other questions will be addressed. This conference is not going to be a "Let's bash the Calvinists" conference. This conference is going to be a biblical and theological assessment of and response to 5-point Calvinism. It will be helpful for lay people as well as preachers."

For those who know, Jerry Vines also produced a DVD on Calvinism entitled, "A Baptist and his Election" http://www.jerryvines.com/Detail.bok?no=73

The power of the Gospel 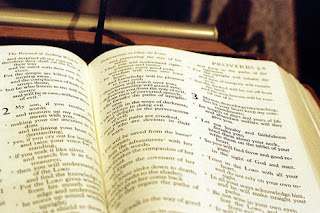 What impact does the dynamite power of the Gospel have upon the unregenerate heart?

I've been told that it is "truth" preached to dead people, that is, spiritually dead people. However, my question remains. What impact does the Gospel "truth" have upon the unregenerate heart? I'm not asking what the Gospel is. I'm asking what it does. It seems to me that the inevitable conclusion of Calvinism is that due to the deadness of man in sin, that the living and active, faith-producing Gospel has absolutely no impact upon the unregenerate heart, unless it is accompanied by an Irresistible Grace. If so, then why do we talk about the dynamite power of the living and active Gospel? Why don't we instead talk about the dynamite power of the living and active Irresistible Grace, without which, the Gospel is otherwise dead and dormant?

"Expelled" is a fascinating documentary, regarding a dangerous level of intolerance within the scientific community concerning dissention against the official party line, and that being, the Theory of Evolution. To get at the heart of the matter, what is going on in the scientific community concerning Evolution is nothing new. It is the same thing that has been going on for eons, in nearly all walks of life. It is politics. The atheistic, anti-Christian establishment has its own fraternity and it's own political establishment, and detractors are treated as a threat to its power. The great fear is that "Intelligent Design" [ID] is nothing more than a front for "Creationism" and getting prayer back in school, by the dreaded "Right Wing," and thus all who support ID, must be ferreted out and silenced. The fear is that the same political strength currently wielded by the Evolution Camp will someday swing back against themselves, and of course "true science will suffer," or more importantly, their fraternity will suffer. The fact is that scientists are supposed to ask questions, and they are supposed to test theories, rather than suppress them. That's why this is a controversy, not over science, but age old politics.

Politics, however, is nothing new to the religious community either. Consider the Inquisition. Even in the Calvinism vs. Arminianism controversy, politics raises its ugly head. Simply consider the events surrounding the regime of John Calvin in Geneva. Simply consider the Synod of Dort, and the brutal repression of Arminians, and the loss of Pastorships, homes, property, as well as banishment and execution, specifically the beheading of Van Olden-Barnevelt. Additionally, look at the brutal persecution of the Anabaptists. In non-Calvinist churches, often there is great fear that Calvinists will creep in, and attempt one of their own special "Reformations," which is really a church split. By comparison, in Calvinist churches, "Arminianism" is considered the great Boogeyman. In the recent "Building Bridges" conference, Jeff Noeblet condemned the Arminian presentation of the Gospel as "wicked." Even Calvinist preacher, Charles Spurgeon, taught that Calvinism is merely a "nickname for the Gospel," and that Arminianism is "heresy." What bothers me is that sometimes the same braggadocio and bluff & bluster committed by the Evolutionist community, sounds eerily similar to the tone heard within the Calvinist community. This is why I do not like to fight over Calvinism and Arminianism. I would rather deal with the matter graciously, and on a theoretical level, as an in-house debate with Christians, rather than as a bitter political rivalry. Passions need to be held in check, for fear of establishing the same Gestapo mentality as with the Evolutionist fraternity. These are the parallels which ran through my mind, as I watched "Expelled." I certainly recommend it.

Answers in Genesis weighs in with their review: http://www.answersingenesis.org/articles/2008/04/18/dr-dawkins-tear-down-this-wall

Posted by Richard Coords at 8:23 AM 7 comments:

The Irrelevance of the Total Depravity Argument 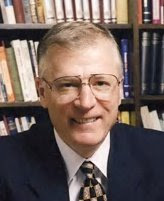 To summarize......the Total Depravity issue becomes a moot point IF God intervenes, and thus diverting the discussion to the following pivotal question: "To what degree does God intervene in the lives of depraved men?" Once you consider that God does intervene, that then must become the focal point of the discussion.

Consider the following quote from Calvinist, Erwin Lutzer: “Arminianism said man was sick; Calvinism said man was dead. If he is only sick, common grace might help him to recover by enabling him to make a right choice. But if he is spiritually dead, he needs the Give of Life to make the choice for him….” (The Doctrines That Divide, p.180)

1) What is this "Common Grace" that Lutzer refers too? Often, Calvinists will cite an example of "Common Grace" from the verse stating that God the Father provides rain for the just and the unjust, and hence is a grace that is supplied indiscriminately to all men.

Consider the example of Saul of Tarsus, to whom Jesus said that he was kicking against the goads, according to Acts 26:14: "'And when we had all fallen to the ground, I heard a voice saying to me in the Hebrew dialect, "Saul, Saul, why are you persecuting Me? It is hard for you to kick against the goads."'" What was the goading and who is doing it? Was it something being done by the Holy Spirit? If so, then we would need to discuss the nature of this divine intervention. What about John 16:8, which states: "And He, when He comes, will convict the world concerning sin and righteousness and judgment." Again, this touches upon the nature of divine intervention. John 1:9 states: "There was the true Light which, coming into the world, enlightens every man." Again, how so, and to what degree? These become the relevant questions.

To conclude, you can talk about Total Depravity all you wish, but until you discuss the nature of God's intervention, you will be missing the point. However, if you said, "It's the extent of Total Depravity that necesitates an Irresistible Grace, then you would be assuming a certain limit to God's intervention, insomuch as assuming that God's intervention could not overcome it. The real question is this: Could God intervene in the lives of men, in such a way, so as to enable them to make a "one way or another" decision, and would that overthrow God's sovereignty? To the Calvinist, it will be assumed that such would indeed overthrow His sovereignty because the Calvinist has declared a rigid monopoly on the definition of "sovereignty." Furthermore, the Calvinist is a dedicated Fatalist, thus making the entire discussion moot anyway. However, for those who are not Fatalists (i.e. Theistic Fatalism), then the nature of God's intervention must be brought to the forefront of the debate.

How does a Calvinist typically address this matter? By making the aforementioned assumption, while doing a bit of a Sleight-of-hand. In other words, the Calvinist will say, "Because man is so depraved, God must...." That's the slide-of-hand. The assumption made by the Calvinist has absolutely nothing whatsoever to do with man's inability but God's inability to overcome it, apart from Preemptive Regeneration, insomuch that Calvinism alleges that God is required to make a man preemptively Born Again in order to repent, believe and become saved. Calvinists have thus assumed an artificial cap on God's power, which begs the following question: If the debate isn't about whether God is big or small enough in order to overcome Total Depravity apart from Preemptive New Birth, but is merely about the nature of God's chosen method of operations or aseity, is God big enough or powerful enough, so that if He had chosen, He could bring a depraved person to the point where they could receive His grace, apart from Preemptive New Birth? This question will definitively address my allegation against Calvinism, and if a Calvinist answers in the affirmative, then they have created a logical possibility for Arminianism.