Dr. Jerry Vines on Calvinism in the SBC

Having just watched the DVD by Dr. Jerry Vines, "Calvinism: A Baptist and his Election," I can say that this was a fun addition to the debate. I felt that Vines hit a home run. From the onset, he admitted that he was neither a Calvinist, nor an Arminian, and then gave his reasons as to why. For those who are Calvinists, and perhaps taken offense to anything that he had to say, don't feel defensive. He does not need to be condemned. Instead, listen to what he has to say, and consider all of his reservations. Sometimes in the Calvinism vs. Arminianism debate, we feel that we must defeat the other side, or else...who knows what...certainly something terriby dreadful will happen if we do not conquer the "other" side, and thus we march on in the debate, wielding our proof-texts like battle-hardened warriors, ready to defeat the heretics. Over time, and making my own share of mistakes, I've learned that it doesn't need to be this way.

Jerry Vines asks: “If you’re Born Again before faith, what does faith accomplish?” (Calvinism: A Baptist and his Election)

That's a fair question. In his message, he shares many of his reservations with Calvinism, and he also shares his own personal experiences with Calvinists. This was a very enjoyable message, and well delivered. Simply listen to what he has to say, and listen to him speak from his heart.

Now I would like to offer two objections. One is minor and the other is a little more significant. The minor issue is that he indicated that Jacob Arminius and the Remonstrants had taught that you could lose your salvation, which is actually not true. The Remonstrance clearly states that they took a neutral position on the matter of Eternal Security, which was likely a compromise in order to ease tensions within their own group, in order to maintain unity and focus on confronting the more significant challenges posed by Calvinism. The second concern is that Dr. Vines embraced the Calvinist doctrine of Unconditional Election. Though Calvinists may be a diverse group, it is this one doctrine that unites all Calvinists. The problem is that once you go down the path of Unconditional Election, the rest of Calvinism must logically come with it, in one form or another. Calvinist, Charles Spurgeon, once prayed: “Lord, hasten to bring in all Thine elect—and then elect some more.” (An Intimate Interlude) However, when you consider the eternal aspect of Election, according to Ephesians 1:4 and 2nd Timothy 1:9, such a statement seems logically absurd, which just goes to show that when you embrace the “U” in TULIP (with the possible exception of “L”, Limited Atonement), trying to reject the rest of TULIP will succeed only in making you into a salmon in the hands of a hungry bear, as a determined Calvinist will theologically pick your bones clean. For if you embrace Unconditional Election, obviously only the “elect” in such a system, can be saved, and thus the rest of humanity has to have Total Inability to one degree or another, while the predetermined “elect” must ultimately be saved, which can only lead to an Irresistible Grace, to one degree or another. Logically speaking, there is simply no way around it. For once you start down that path, there is no turning back, until you reach all of its logical conclusions. 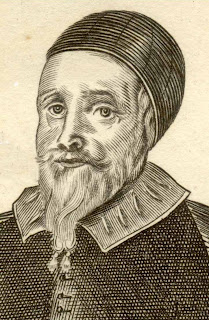 This is a very challenging book to read, due to the Old English style of writing. Nevertheless, the Puritan, John Goodwin, a contemporary of Jacob Arminius, did a fantastic job in defending the doctrine of an Unlimited Atonement, as well as explaining Election in Christ and also Conditional Security. Although I am persuaded by Eternal Security, Goodwin does a fine job in defending the Conditional Security viewpoint.

Goodwin is a tremendous and tireless Bible expositor. As a quote hunter for the verse by verse discussions on my website, "Redemption Redeemed" has proven to be a treasure trove. I am greatful to the editor, John Wagner, for bringing the wisdom of John Goodwin to our generation.

I've quoted Goodwin in a number of verses on the website. If you have reviewed Goodwin's book, and would like to recommend additional quotes from him, please do so.

These are the confirmed places that I have quoted him. There are likely to be a few more as well, which I simply don’t recall.

Posted by Richard Coords at 10:58 PM No comments: