Why tell the Jew, Nicodemus, that he must be born again? 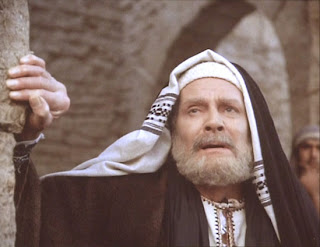 Jesus could have said that Nicodemus needed transformation or regeneration, but instead used the term, Born Again. Nicodemus was already born into election by virtue of his physical birth, as a Jew, among the chosen race of Israel. (See John 3:1-8) However, in his secret visit with Jesus, he was stumped as to how a grown man could be born a second time, besides not understanding exactly why he would need to be born again, as Jesus said that he must. The point is that in order to enter the kingdom of God, he had to become something other than what he was. Simply being among the chosen race of Israel, was not enough. Consider Luke 3:8: "Therefore bear fruits in keeping with repentance, and do not begin to say to yourselves, `We have Abraham for our father,' for I say to you that from these stones God is able to raise up children to Abraham." As evidenced by the words of John the Baptist, many Jews had placed great confidence in their physical birth, and yet here at John chapter 3, Jesus had set aside the importance of physical birth in favor of spiritual birth.

When a Jewish couple became “one flesh” in marriage, that which was born of their union was another Jew, and also a member of the chosen race of Israel. Deuteronomy 14:2 states of Israel: “For you are a holy people to the LORD your God, and the LORD has chosen you to be a people for His own possession out of all the peoples who are on the face of the earth.” The Jews were a chosen people. But look at what 1st Peter 2:9 says about Christians of all races: “But you are a chosen race, a royal priesthood, a holy nation, a people for God’s own possession, so that you may proclaim the excellencies of Him who has called you out of darkness into His marvelous light.”

When a person believes in Jesus, he or she becomes “one spirit” with God (1st Corinthians 6:16-17), and that which is born of that union is a member of the New Covenant, chosen race. That means that these uncircumcised, yet believing Gentiles are now among a chosen race!, that is, the chosen race of the redeemed in Christ. To summarize, you had to be born into the elect, Jewish race, and similarly, you have to be born into the elect race in Christ. You were physically born into Election in the Old Testament, and you are spiritually born into Election in the New Testament, through faith in Christ. If you are a member of the New Testament “elect,” it is purely so by spiritual, new birth.

In Christ, we are now free from condemnation (Romans 8:1), as the old creature in Adam was nailed to the cross with Christ. (Galatians 2:20) Once someone is in Christ through faith in Him and sanctified by the Holy Spirit, then by the principle of Mutual Inclusion, one must simultaneously therefore also be in the Father, because anyone who has the Son, has the Father also (1st John 2:24), because the Son is in the Father and the Father is in the Son. (John 14:11) To the Arminian, our legal adoption in the Father is purely on the basis of our position in Christ, whereupon the Holy Spirit cries out in our hearts “Abba! Father!” (Romans 8:15) In contrast, the result of Calvinistic, Unconditional Election is that your position in Christ is purely on the basis of an eternally hidden position in the Father with the ultimate end of being chosen to become in Christ. Arminian’s counter that Election does not end with being chosen to become in Christ, but rather begins with being chosen in Christ. (Ephesians 1:4) Calvinists place the foundation of Election in the Father while Arminians place the foundation of Election in the Son, and the only way to get to the Father, is through the Son. (John 14:6)

I’ve had a Calvinist tell me that he was predestined “to be” in Christ because the Bible says so. However, the Bible says no such a thing. Rather, the Bible teaches that we are predestined in Christ. That speaks of all that we have, and will ever have, in Christ, namely that in being a Christian, even being foreknown in Christ (Romans 8:29), we have a unique calling as Christians, as well as justification, glorification, and being conformed to the image of Christ, all on the sole basis of what God the Father has in store for those who are Christians in Christ, such that when God the Father sought a place for His grace, He found none other than His Son, and that all who are enjoined to His body through faith as “one spirit” with Him (1st Corinthians 6:17), may share in His grace. Therefore, Arminian Election and Adoption are hinged upon a foundation in Christ. In fact, the whole purpose of Ephesians chapter one is to expound upon all that we have in Christ, and not what we have in the Father independent of being in Christ.

Therefore, who are the elect? They are Christians who have been spiritually born again into a royal, holy chosen race of the redeemed in Christ.