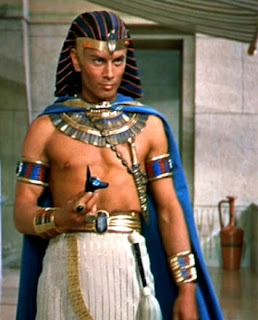 Proverbs 21:1: "The king's heart is like channels of water in the hand of the LORD; He turns it wherever He wishes."

And God said to Moses: “But I know that the king of Egypt will not permit you to go, except under compulsion. So I will stretch out My hand and strike Egypt with all My miracles which I shall do in the midst of it; and after that he will let you go.” (Exodus 3:19-20)

How does God know that after compulsion, Pharaoh would finally relent, and let Israel go? Is the answer simply because that is what is in God's alleged, Script of Life, and Pharaoh must ultimately play his role in God's Deterministic script, or is the answer because God has perfect Middle Knowledge, that is, knowing all possible contingencies, and knowing all of the what-ifs, which in this case, means knowing what Pharaoh would do in every single circumstance put to him?

God knows man, better than man knows himself. God controls the situations and God controls the range of a man's choices. 1st Corinthians 10:13 states: "No temptation has overtaken you but such as is common to man; and God is faithful, who will not allow you to be tempted beyond what you are able, but with the temptation will provide the way of escape also, so that you will be able to endure it." How does God know what any man is able to endure, if He does not have perfect Middle Knowledge? This verse shows that the parameters of a man's choices are set by the Providence of God.

2) Jeremiah 18:5-11 states: "Then the word of the LORD came to me saying, 'Can I not, O house of Israel, deal with you as this potter does?' declares the LORD. 'Behold, like the clay in the potter's hand, so are you in My hand, O house of Israel.' At one moment I might speak concerning a nation or concerning a kingdom to uproot, to pull down, or to destroy it; if that nation against which I have spoken turns from its evil, I will relent concerning the calamity I planned to bring on it. Or at another moment I might speak concerning a nation or concerning a kingdom to build up or to plant it; if it does evil in My sight by not obeying My voice, then I will think better of the good with which I had promised to bless it. So now then, speak to the men of Judah and against the inhabitants of Jerusalem saying, 'Thus says the LORD, "Behold, I am fashioning calamity against you and devising a plan against you. Oh turn back, each of you from his evil way, and reform your ways and your deeds."'"

So what have we learned? I learned that God's molding is explicitly conditional. Pharaoh was a froward man and God dealt with him as such. But is it possible for a man to harden his own heart? Answer: If not, then what did God mean when He warned: "Harden not your heart, as in the provocation, and as in the day of temptation in the wilderness." (Psalm 95:8) God knew exactly what made Pharaoh tick, and he being froward in the sight of God, God raised him to power and prominence in order for him to serve a useful purpose to God the Potter. It's not God's will that Pharaoh be froward, but God will deal with him as he is. If Pharaoh had repented, like Ninevah, then Scripture records that God would have relented.

What did John Calvin teach about Proverbs 21:1? Here is a link to my write-up on this passage:

The Greatest Question Ever Asked 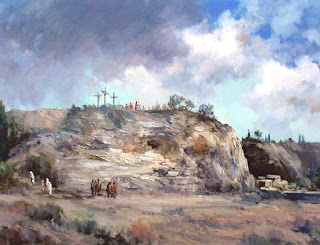 What was the greatest question ever asked?
The very first question that comes to my mind is Matthew 16:26: “For what will it profit a man if he gains the whole world and forfeits his soul? Or what will a man give in exchange for his soul?” Was there ever a more relevant and to-the- point question than this one? Yes, there was, as you will soon see.
The second question that comes to mind is the question that Jesus posed in response to the rich young ruler who called Him “good.” Mark 10:18 states: “Why do you call Me good? No one is good except God alone.” Many people suppose that Jesus was a good man, or a good teacher, but certainly not God. Yet, if no one is good but God alone, and if you do not believe that Jesus is God, then how can you call Him “good”? If you agree to call Him good, though not in the way that you mean that God is good, then you are merely calling Jesus nice or kind in common terms. But the fact is that Jesus truly is “good” because He truly is God. So is this the greatest question ever asked? Though it’s a powerful question, it’s not the greatest question ever asked.
So what was the greatest question ever asked?
Adrian Rogers explains: “Pilate saith unto them, what shall I do then with Jesus, which is called Christ? And they all say unto him, ‘Let Him be crucified.’ Now the question comes to you this morning like a javelin into your heart from the palm of God. What will you do with Jesus, who is called Christ?” (The Greatest Question Ever Asked: Matthew 27:19-22)

I agree with Adrian Rogers. That, indeed, was the greatest question ever asked.

What is the Gospel? 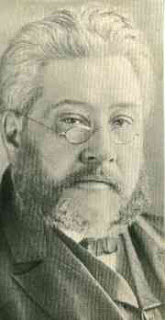 Calvinist, Charles Spurgeon, states: “I have my own private opinion that there is no such thing as preaching Christ and Him crucified, unless we preach what nowadays is called Calvinism. It is a nickname to call it Calvinism; Calvinism is the gospel, and nothing else.” (A Defense of Calvinism)

John Calvin states: “If we are not ashamed of the gospel, we must confess what is there plainly declared. God, by His eternal goodwill, which has no cause outside itself, destined those whom He pleased to salvation, rejecting the rest; those whom He dignified by gratuitous adoption He illumined by His Spirit, so that they receive the life offered in Christ, while others voluntarily disbelieve, so that they remain in darkness destitute of the light of faith.” (Concerning the Eternal Predestination of God, p.58)

One Calvinist at oldtruth.com explains: “A wonderful friend of our family once commented that coming to understand the Doctrines of Grace was akin to a type of salvation within salvation.” (oldtruth.com)

Another Calvinist states: “My transition to Calvinism was somewhat reluctant, but the inevitable result of Christian maturity....” (Sovereign Grace Church)

These are very strong claims. So what is "the Gospel"? Is it Calvinism?

The Gospel is the death, burial and resurrection of Jesus Christ (1st Corinthians 15:1-11), in whom there is life by believing in His name. (John 20:31)

1st Corinthians 15:1-11: "Now I make known to you, brethren, the gospel which I preached to you, which also you received, in which also you stand, by which also you are saved, if you hold fast the word which I preached to you, unless you believed in vain. For I delivered to you as of first importance what I also received, that Christ died for our sins according to the Scriptures, and that He was buried, and that He was raised on the third day according to the Scriptures, and that He appeared to Cephas, then to the twelve. After that He appeared to more than five hundred brethren at one time, most of whom remain until now, but some have fallen asleep; then He appeared to James, then to all the apostles; and last of all, as to one untimely born, He appeared to me also. For I am the least of the apostles, and not fit to be called an apostle, because I persecuted the church of God. But by the grace of God I am what I am, and His grace toward me did not prove vain; but I labored even more than all of them, yet not I, but the grace of God with me. Whether then it was I or they, so we preach and so you believed."

Knowing this, why would Calvinists want to say that the Gospel is actually Calvinism?
Posted by Richard Coords at 6:53 PM 21 comments:

When do you become "In Christ"?

2nd Corinthians 5:17: "Therefore if anyone is in Christ, he is a new creature; the old things passed away; behold, new things have come."
Romans 8:1: "Therefore there is now no condemnation for those who are in Christ Jesus."
When does the Bible say that a person becomes "in Christ"?

A) Before the foundation of the world

C) Before he believes the Gospel

D) After he believes the Gospel

My answer is (D) based upon Ephesians 1:13: "In Him, you also, after listening to the message of truth, the gospel of your salvation--having also believed, you were sealed in Him with the Holy Spirit of promise."
Adrian Rogers: “Everyone is in Adam or in Christ. ... If you are in Adam, you’re going to face the wrath of God. ... I want to show you that we gain very much more in Jesus than we ever lost in Adam.” (In Jesus there is so much more: Romans 5:6-9)
Adrian Rogers: “Now what does it mean to be in Christ Jesus? Well, God wants us to be saved; He’s given us so many illustrations of salvation; one of the illustrations of salvation is Noah’s Ark. Noah’s Ark, the Bible teaches us in 2nd Peter, is an illustration, a type of the Lord Jesus Christ. And so, if you want to know what it is to be in Christ Jesus, know what it was for Noah to be in that Ark.” (Turning Hurts Into Hallelujahs: Romans 8:8-11)
Posted by Richard Coords at 4:26 PM 2 comments: